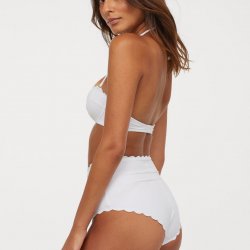 Næste indlæg
Reklamelinks/Affiliate links For those who have followed my stories on Instagram, know that I hav

When the world is waiting for you to give birth

When I created the Instagram account @triplets_of_copenhagen, it was first and foremost to have a place to document the “journey” that lay ahead of us as prospective parents to triplets. Since we had just moved from Oslo to Copenhagen half a year ago, I thought this was a great way for family and friends to be able to follow everything that happened in our life. The reason I chose to write in English was to get in touch with the international triplet parent community, and in that way get some “inside information” about everything that was awaiting us.

Already from day one I decided to show my everyday life as honest as I could, so that I could give a real insight into the big life changing experience it is to get triplets. I posted weekly photos of my growing belly, told about all the preparations, the pain and the controls we were going to, and I shared thoughts and anticipations of everything that happened and was going to happen. And the number of followers increased steadily with 10-20 people a day.

When I was 33 weeks along, we decided to post a video clip showing my belly to give a better idea of ​​how big it really was. And the next day I suddenly noticed that I had lots of Dutch followers: The video had ended up on a couple of websites in the Netherlands, and I thought it was absolutely crazy when I suddenly went from 2000 to 4000 followers in one day. Little did I know…

A few days later, I posted a collage of my pregnant belly pictures from week 13 to week 35, and then it really took off. The video and the picture went viral, and during the week I got 200.000 new followers from all over the world! It was a surreal feeling every morning when I checked Instagram and had gotten tens of thousands of new followers during the night. I had actually gotten more followers than the population in Norway’s third largest city – and my birthplace – Trondheim!

The explosion of the number of followers was one thing, but at the same time I also got lots of inquiries from media around the world who wanted to know more about my pregnancy and why I chose to share pictures of the my belly. The number of media inquiries peaked the day before I was to have my planned caesarean section, and I remember responding to mails on the phone in the taxi on my way to the hospital the night before the birth. There were big news sites like The Sun in England and Bild in Germany, and I felt this was too exciting to refuse. You almost get a adrenaline rush in such a situation of unexpected attention. Little me from Norway who never had any wishes to be visible in this kind of way. I was mostly thinking about how fun it will be for the kids in the future, where they can look through an album filled with articles from the likes of The New Zealand Herald and the Daily Mail to the Huffington Post and Cosmopolitan.

And for all the new people following my page, they came at the perfect timing! They could watch the last countdown to the birth, and when I was rolled into the operating room early in the morning of September 12, I felt that a whole world was holding their breath. It was an amazing and unforgettable day, where I finally got to hold all three babies for the first time and at last could relax in the realization of knowing that everything had went well. The babies were in great shape and hardly needed any extra help except for the feeding tube. No incubator, no creepy devices that made scary sounds. It was almost like we were floating on cloud 9 when we went to bed late that evening.

There was only one thing we had to do first. An entire world was waiting to hear the happy news. I felt in a way that I owed it to them, after all the positive attention I had received. And I wanted the picture to be published on their actual birthday. So we sat down together and made a final effort that day, and just a few minutes before midnight, we published a post on Instagram with pictures of the babies. The text was as follows:

Everything went really well, and we are so happy and relieved. 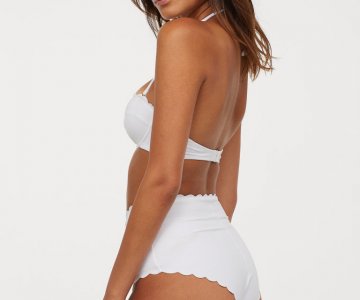 Reklamelinks/Affiliate links For those who have followed my stories on Instagram, know that I have been looking for bikinis and/or swimsuits that can hold my postpartum belly …
Read more