Del på Facebook
Del via email
Gem indlæg
Working or staying at home with your kids? Honest answers about expectations and reality from mothers all around the world
Luk 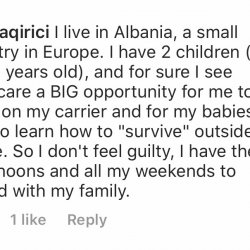 It is a week ago since the last episode of our documentary series «Trillingliv» aired at the Norwegian broadcaster NRK1, and 5 months since another version of it was shown on the Danish broadcaster DR1. It was pretty popular in both countries, which means a lot of people have watched very personal moments of our life. So I wanted to write some words about what comes with that.

First of all I must admit that it feels a bit strange suddenly being a familiar face (and family) when walking around where we live, and now also when going on holidays to Norway. I have never ever been an exhibitionist, rather the opposite. I have never searched attention – standing on a stage performing would be my worst nightmare, and I have never wanted to be on screen or out in the public’s eye. I have been very happy watching it all from behind the screen, during the 14-15 years I have studied and worked with TV and documentaries. But all of a sudden I was the one in front of the camera.

So how did it come to that?

At the day of the ultrasound when we found out that we expected triplets, I started filming what happened with my iPhone, thinking that is was too good, real and emotional not to document, and knowing how much we would all appreciate watching it in the family years and years from now.

When I told about being pregnant with triplets to a friend and colleague, she immediately thought that it would be a great film or documentary series, and hooked me up with some of her connections in the TV industry.

Anders and I had to think about it for a while, but concluded that it would be a good way for us as a family to get everything we were going through documented, something we might not have had the time to do otherwise. And we knew that it would be an interesting story, one that we had not seen anywhere before, if we decided to be honest and real all the time. So that was what we did.

In retrospect, the fact that we had assignments to film ourselves at home, actually made us talk about many subjects we might not have addressed otherwise. And in many ways it felt therapeutic. So we are glad that we went ahead with it, even though it was a bit tiring at times. In the end we think it was worth it.

I think it was an important series to make, and I am proud that we got the chance to highlight so many different issues. Many of which lots of mothers can recognize from own experiences, even though they «only» had one child at a time. I have also heard from other mothers of multiples that they are happy we showed how challenging it is getting several babies at once, and that people in their surroundings understood their situation or what they have been through a little better.

So I am really happy about having had the opportunity to share from my life, to open up and show parts that have been considered taboo. it has been especially important for me to show all the efforts women make bringing a baby into this life, and what she goes through afterwards. The fourth trimester (the 3 months following the birth) should be a word everyone knows about, and in general female health should be a higher priority. And I will try to keep advocating that.

Thank you for watching, and for being so sweet to us. 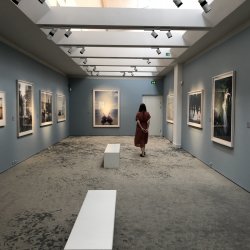 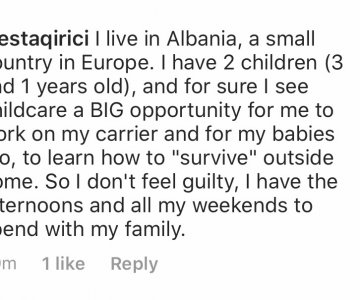 Working or staying at home with your kids? Honest answers about expectations and reality from mothers all around the world