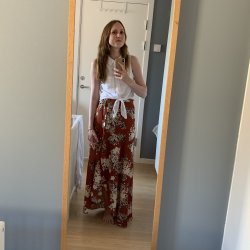 Næste indlæg
Ok - I started this post 1.5 months ago! Haha. And I have been thinking about finishing it ever sinc

I have never written anything about the actual birth or everything that happened that day, but have intended to do it for a long time. But where to start…? The day was filled with so many emotions and unforgettable moments, that I almost cannot write it down in words.

I remember the night leading up to September 12th 2018 – because I almost did not sleep at all. My body and mind just could not calm down enough to be able to drift off into sleep. When the alarm went off at 07 am, I felt that kind of excitement you felt when you were little and woke up to the first day of school after summer vacation: Excited, happy, nervous, insecure and a bit scared of the unknown.

Anders and I then had a really close and serene moment getting up, talking to each other and to the confession camera about this being the day we had been waiting so anxiously for for SO long – like it being an enormous golden trophy far into the distance. And now we were finally here – at the moment where we were going to meet all three babies, see what they look like and feel them in our arms.

At 07.45 am a nurse entered the room with all the gear we should wear in the operation room. The two camera people from the TV production company had also arrived by then. There was a solemn atmosphere in the room while we were getting dressed; me taking off all jewelry and putting my hair up in a mom bun that was good enough to last all day. And suddenly everything became a whole lot more serious. I could feel how dry my throat was and I longed for water, which I was not allowed to have because I was fasting and had been since midnight.

It was 08.00 am when the orderly arrived, and I laid down on my side in the rolling bed. Out of the blue – fear hit me. Hard. I have never experienced something like that before. My whole body had a sudden reaction: I got pale, nauseated, shivered, cold sweated and silent tears ran down my cheeks. The orderly started rolling me down the endless corridors, with fluorescent lights blinking from the ceiling. Both Anders and the camera man tried to get me to talk by asking how I was feeling, but the only thing I could answer was a whisper: «No, I can’t.»

After what felt like an eternity of corridors and elevators, we arrived at the waiting area outside of the operating room. I got help sitting up, and Anders tried to help me focus on my breathing. And I finally calmed down and came back to myself again. At least a bit, but I was still extremely caught off guard by how nervous I suddenly felt about the c-section. I focused and tried to put on a game face. Then the doors to the operating room opened and it was our turn. 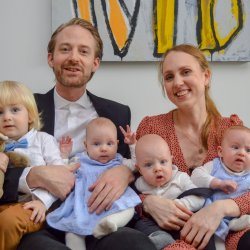 Hi, and welcome to my blog! 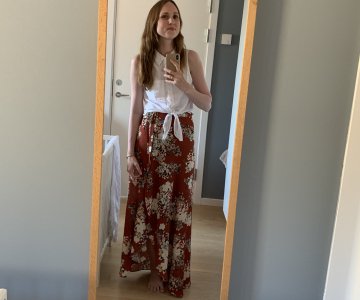 Ok - I started this post 1.5 months ago! Haha. And I have been thinking about finishing it ever since! But then there was the …
Read more